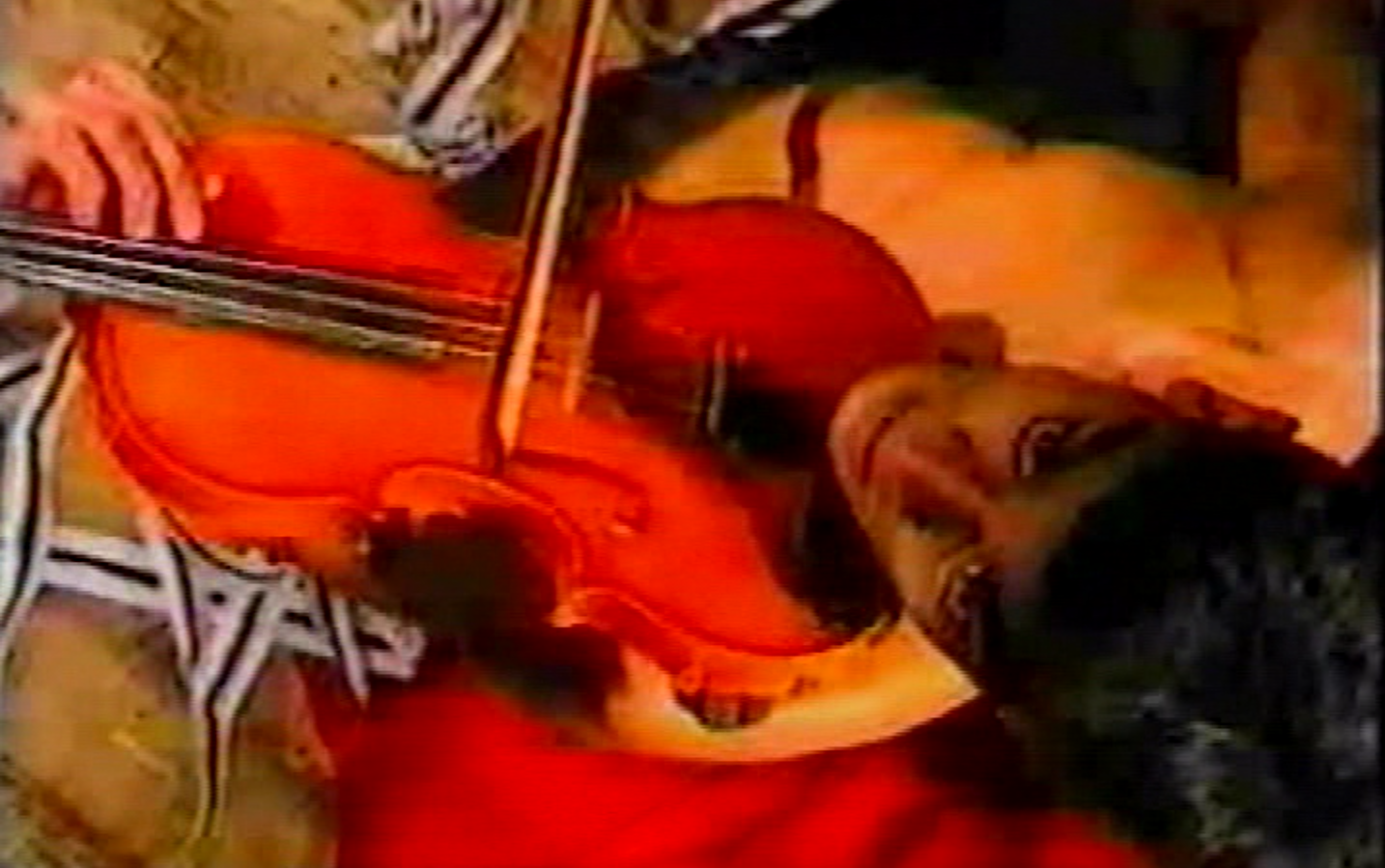 Amerika was originally devised & developed with drama students at the Colorado College, Colorado Springs, and was successfully performed there. Several of the students were then invited to join a cast of London-based actors to present a revived version at Southwark Playhouse – where it played to sold-out audiences for a month.

‘Theatre must take you somewhere… A theatre work should be like a voyage, in that it is something that will stay with you for a long while. The simple goal is to make a theatre piece that people will remember for the rest of their lives. One was Robert Lepage’s The Dragons’ Trilogy, and the other was Group K’s production of Amerika(directed by Patrick Kealey, designed by Bruno Santini). These two shows were so complex in their presentation, were so visually stunning and emotionally powerful that they literally blow your mind and get burned into your memory forever. Theatre has that power, and I think no other art form does.’
Thaddeus Phillips (Artistic Director, Lucidity Suitcase Intercontinental), quote from Contemporary Theatre Review

Amerika: Southwark Playhouse
‘With an 11-strong squad, this is total theatre as Group K deploy a bold mixture of physical performance and German Expressionism. Even under a rigid monochrome scaffolding structure they create a kaleidoscopic world, which radiates colour. On top of this, the remarkable level of oral and visual invention, masterminded by Patrick Kealey and Bruno Santini sees such delightful devices as Kafka’s box represented by a mobile toilet bowl. Then there are the metamorphic performances, all of which rival the standards set by Theatre de Complicite without being stylistically derivative.’
Patrick Marmion, Time Out Critic’s Choice

‘A design and staging of great ingenuity and commitment.’
The Stage

‘This adaptation of Kafka’s Amerika was an exemplary model of how an artistic partnership between a designer and a director can work in developing new forms of devised theatre. The result was spare, economical, imaginative and witty. Kafka’s novel has been adapted concisely, and the performance moved with real pace, allowing more contemplative, even lyrical, moments to expand where necessary. The pace of the production had much to do with the visual conception: a climbing frame of scaffolding and planks was formed and reformed to give opportunities for spatial and dynamic variety. Everyday objects were wittily and imaginatively transformed to serve the narrative.’
Nick Till 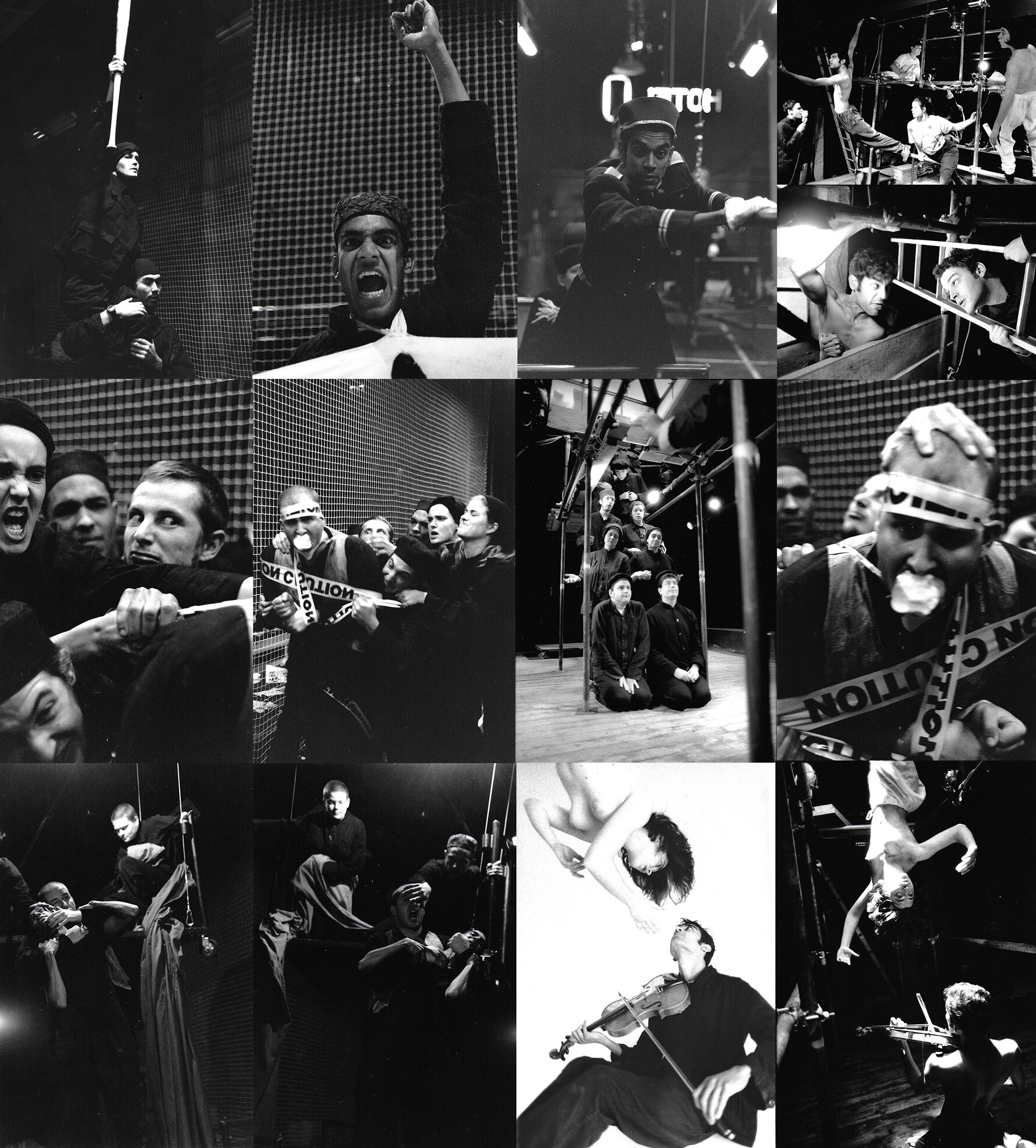 Kristendom was adapted from Joanot Martorell’s Tirant lo Blanch (fourteenth-century Catalan Medieval epic of knighthood and warfare), which culminates in the capture and fall of Byzantium by Christian knights.

‘Staged by Kealey and Bruno Santini, the co-founder of Group K, the 11-strong male cast play multiple roles and do so with amazing virtuosity… it is a riveting evening of pure theatre… Group K develops its productions collaboratively, evolving text, movement, sound, and staging during the rehearsal process. It is a recipe for success.’
Rob Adams, Glasgow Herald

‘It’s a great idea, and a real step forward… Having a classic story performed as a one-sex production means that we’re thankfully spared the cliches of tokenism’
Michael Laycock, Pink Paper

‘It manages to translate potentially exclusive 15th-century issues using one of the most modern of theatrical forms – physical theatre.’
Andrew Aldridge, The Stage 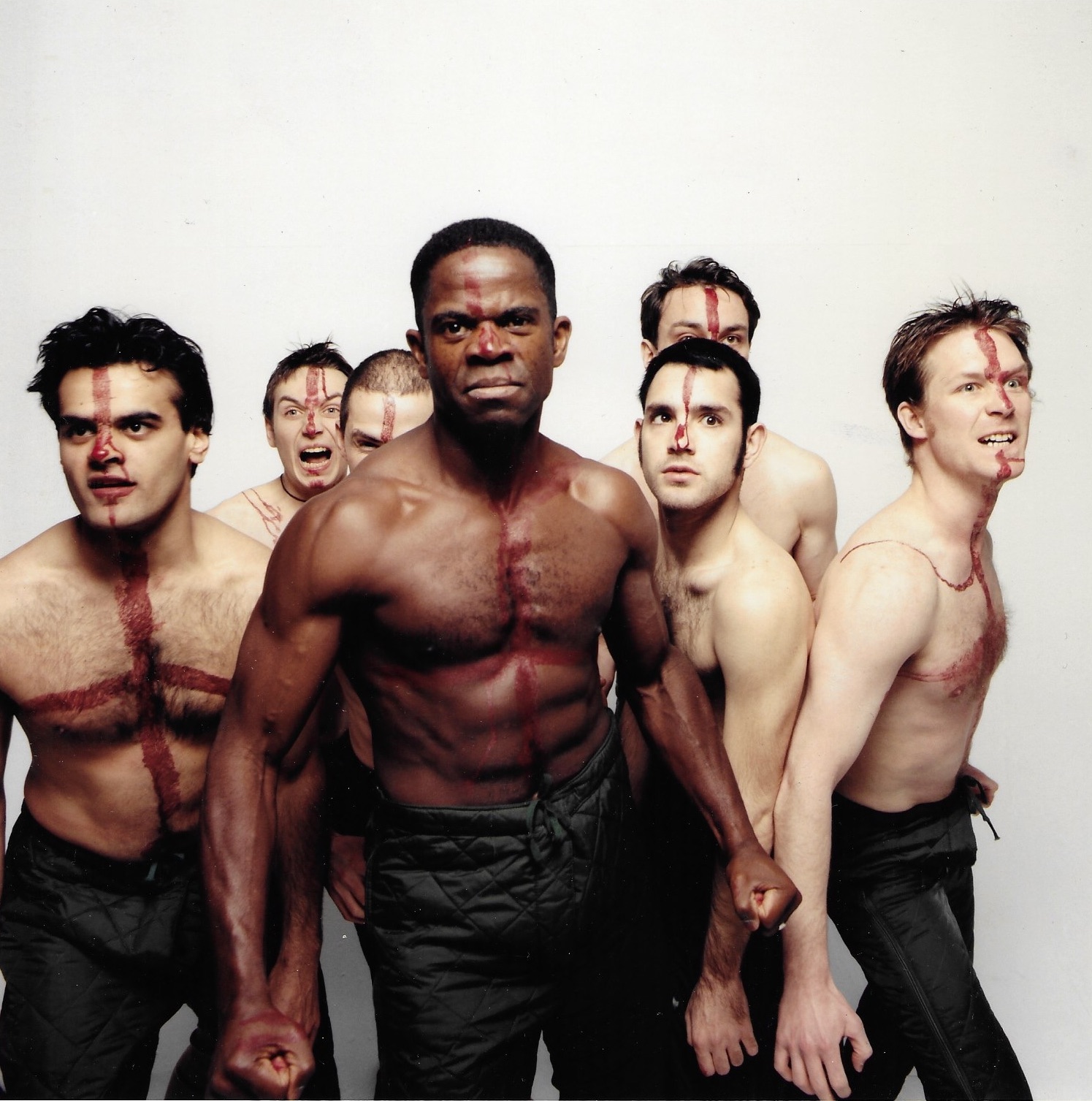 Marisol was the second Group K production to perform at Southwark Playhouse, and starred Matt Fraser as Lenny.

‘Riveting… powerful performances… the squalid grandeur of the set and eerie sound effects all compound its intensity.’
Time Out

‘Spiked with startling shards of urban poetry… Group K’s production extracts Rivera’s sour comedy with panache… The cast attack their parts with utter conviction… a surreal mocking vision of a world on the brink of some appalling meltdown.’
The Times

‘Compassionate, often funny… Group K make excellent use of the space… fine performances… an ambitious successful piece… like something heard on the edge of delirium.’
What’s On

‘A bewitching mix of futuristic nihilism, magic realism, and bona fide funny characters… a lot of time, energy and application seems to have gone into every aspect of this production.’
Evening Standard 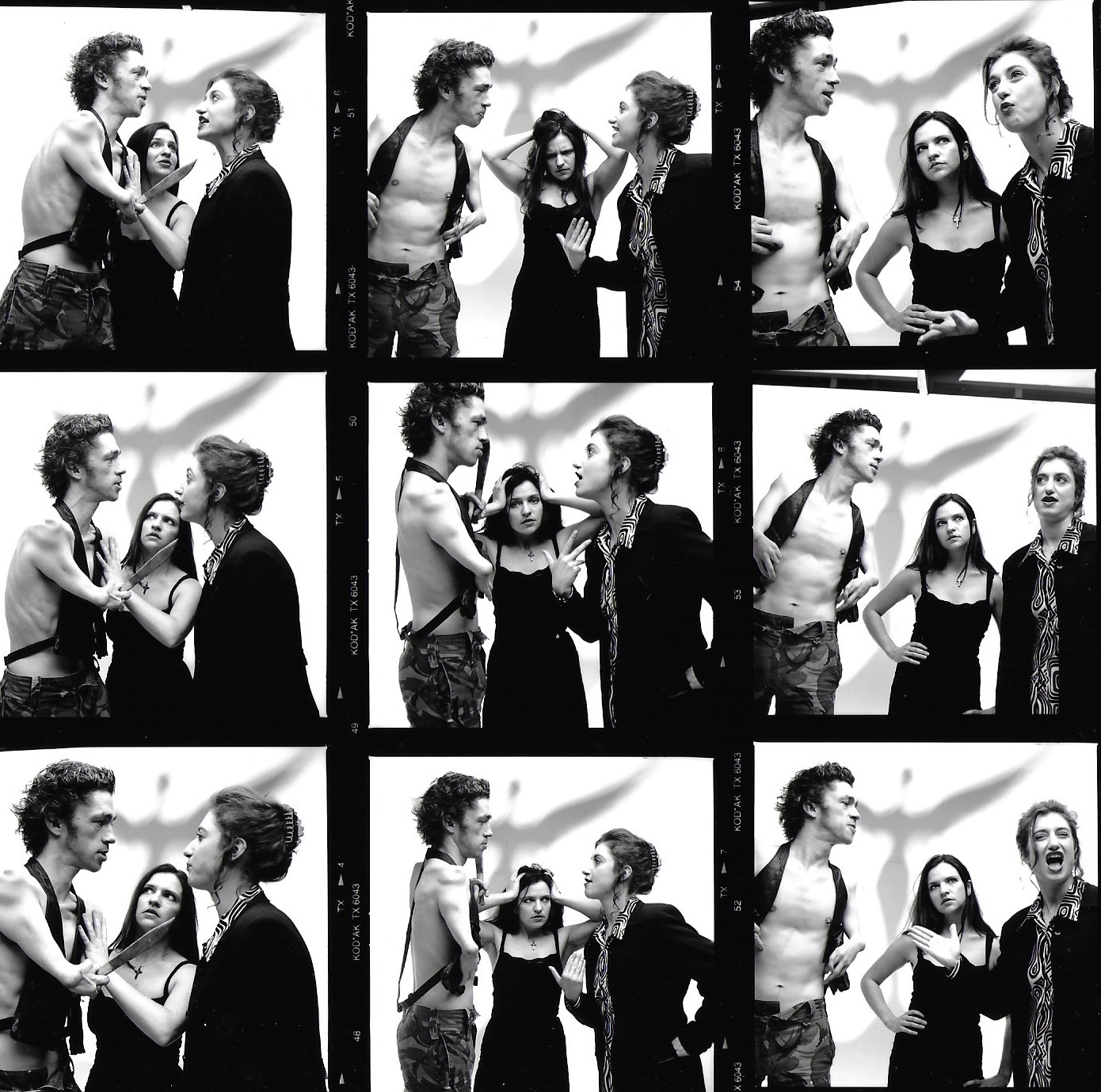 Presto was originally conceived and workshopped in collaboration with Battersea Arts Centre as a work in progress. It then received Arts Council funding to develop a full-scale show, which went on national tour and returned to London to play Riverside Studios. It starred Matt Fraser as Jonathan Swift.

‘Madman or genius, visionary or malcontent? That is the question posed by Group K’s psychoanalysis of English literature’s best-loved scatologist Jonathan Swift. The show trawls the depths of his obsessive coprophobic mind to create an atmospheric speculation on the hours before he faced an eighteenth-century tribunal assessing his sanity. The idea is strong, as Swift Matt Fraser’s disability parallels the literary giant’s psychological imabalance. Nikos Pandi’s sound summons the edgy aura of psychosis while the citation of Swift’s prose casts a spell over the eighty-minute survey of a mind caught between heaven and earth, sanctity and excrement.’
Patrick Marmion

‘Group K are garnering a reputation as a fine risk-taking theatre company, their self-devised take on the life of Jonathan Swift is an entertaining affair. There are many poignant moments, some beautiful theatrical conceits and the performances are of a high standard – especially Matt Fraser’s honest and skilled portrayal of Swift as a disappointed but essentially decent man, all too aware of his own faults. The transitions between action centring on Swift and on his creation Gulliver are sometimes superbly affected, as when the clay shits, which emit at the end of his famous Celia poem are fashioned into Lilliputians by the four “projectors” who also play the multiple roles of Swifts friends, lovers, enemies and fictional characters.’
Joe McAllen, What’s On

‘With inventive drive, the energy is palpable at the Riverside Studios. Presto: or the Secret Life of Swift & Gulliver explores the contradictions of the satirist Jonathan Swift: a patriotic Irishman who longed to serve England. Patrick Kealey’s production proves that like Gulliver and Lilliput you can’t tie Swift down.’
Ian Johns, The Times

‘Cushions are piled high in the middle of the stage in such a way to suggest the appearance of an enormous human brain… Slumbering uneasily atop the mound of stuffed grey matter is Jonathan Swift. When he wakes and steps down from his bed to call for an enema, four white-coated scientists emerge from the cerebral cairn behind him and begin to inspect and measure its workings. In Presto, director Patrick Kealey’s Group K come up with some resonant images for the creative process. They also use their material to ask some ambitious questions: for instance, how far marks of genius can equally be interpreted as pathology. Swift’s difference is underlined here by the fact that he is played by Matt Fraser, who in addition to being a talented actor with considerable stage presence and a beautiful voice, happens to be disabled. Group K certainly can’t be accused of dumbing down.’
Robert Shaw, Time Out

‘Jonathan Swift’s tightly satirical mind famously obsessed itself with matters ranging from the scatological to the sacrosanct, and in its latest production Group K embraces both its aspects in an absurdist take on Swift’s life. This is an entertainingly provocative piece that dances around questions of Swift’s declining self-esteem and blooming madness… Presto will make the most sense to those with an intimate knowledge of Swift’s texts, and of the way that figures including Dr Johnson and Camille Paglia have responded to them. A depiction of Lilliput using a torch, tiny plasticine figures and a couple of tressels is one of the highlights of the evening that wears its learned irreverence with pride.’
Rachel Haliburton, Evening Standard

Kristendom was adapted from Joanot Martorell’s Tirant lo Blanch (fourteenth-century Catalan Medieval epic of knighthood and warfare), which culminates in the capture and fall of Byzantium by Christian knights.

‘Staged by Kealey and Bruno Santini, the co-founder of Group K, the 11-strong male cast play multiple roles and do so with amazing virtuosity… it is a riveting evening of pure theatre… Group K develops its productions collaboratively, evolving text, movement, sound, and staging during the rehearsal process. It is a recipe for success.’
Rob Adams, Glasgow Herald

‘It’s a great idea, and a real step forward… Having a classic story performed as a one-sex production means that we’re thankfully spared the cliches of tokenism’
Michael Laycock, Pink Paper

‘It manages to translate potentially exclusive 15th-century issues using one of the most modern of theatrical forms – physical theatre.’
Andrew Aldridge, The Stage 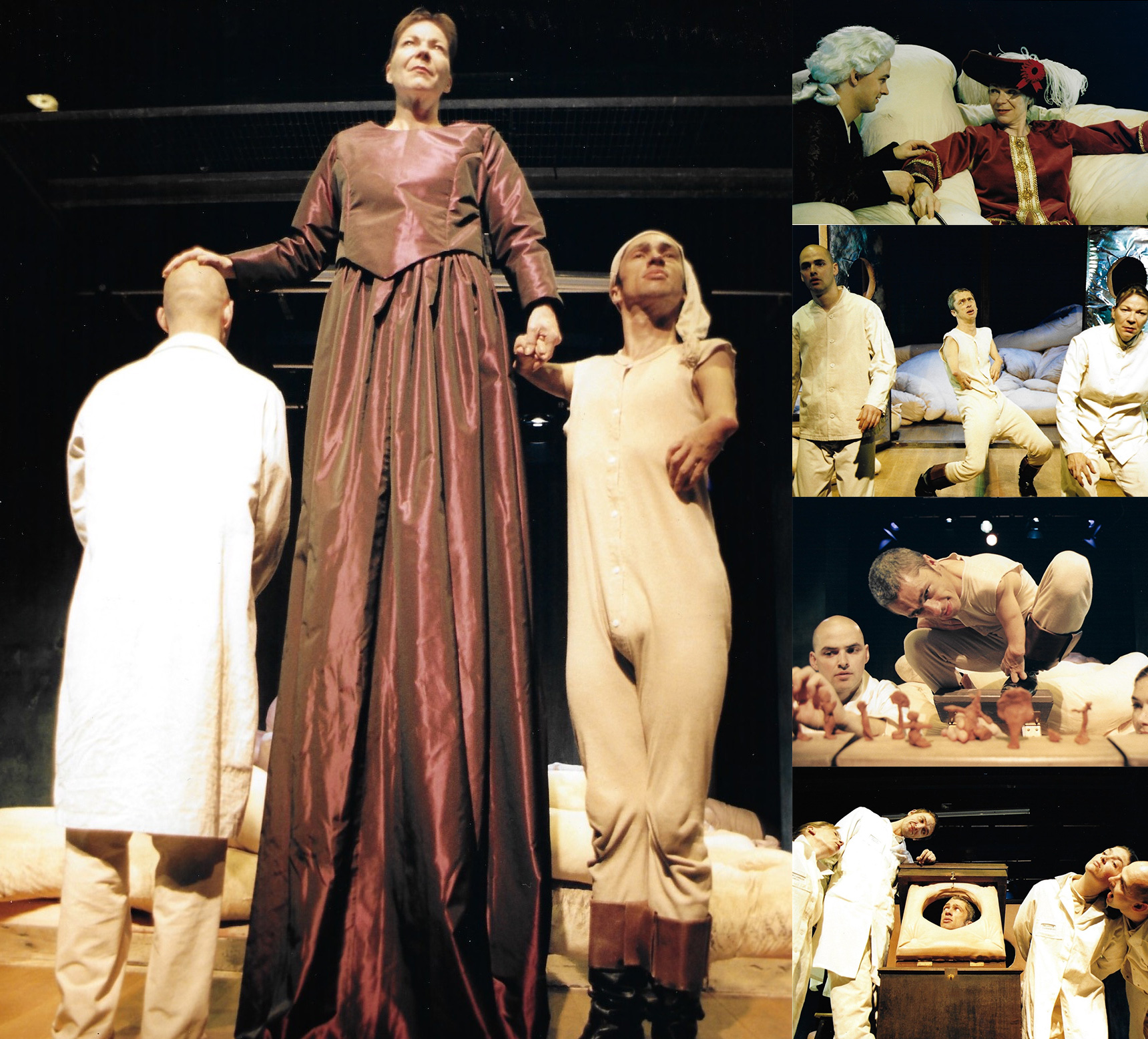 I was invited by Smokebrush Theatre (a community theatre venue in Colorado Springs) to stage a large-scale project for young people. I chose runaways: Elizabeth Swados’ musical based on the lives of street kids. We scoured schools, colleges and the streets of Colorado Springs to put together our company. It garnered an enormous amount of interest. We worked with a team of Latino graffiti artists, and invited them to trash the theatre.

‘All in all, Runaways is a huge accomplishment. So much better and tougher and cooler than any production of Cats, ever. Smokebrush deserves yet another big fat juicy kiss, and the kids in this show make Runaways the kind of life-impacting experience that gives theatre its power.’
Eric Bosse, Theater Review

‘Kealey, a London-based actor and director, said his major challenge was finding each actor’s talent and emphasising it, and Kealey seems to have accomplished his goal with this ambitious production of Runaways. He manages to enlighten, while entertaining, with a feast for the eyes. The musical succeeds as a wake-up call.’
Dennis Hisperi, Denver Post 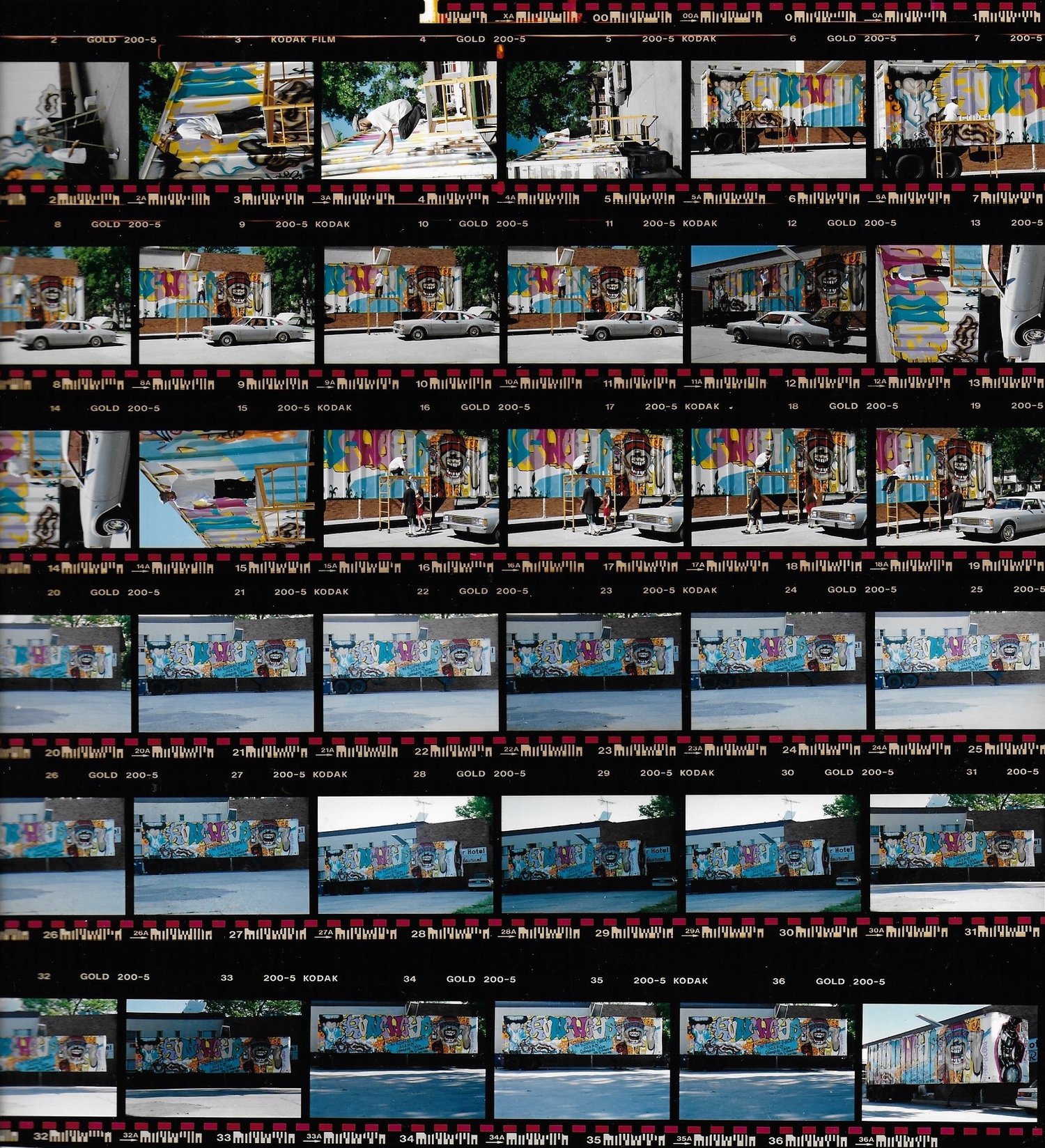