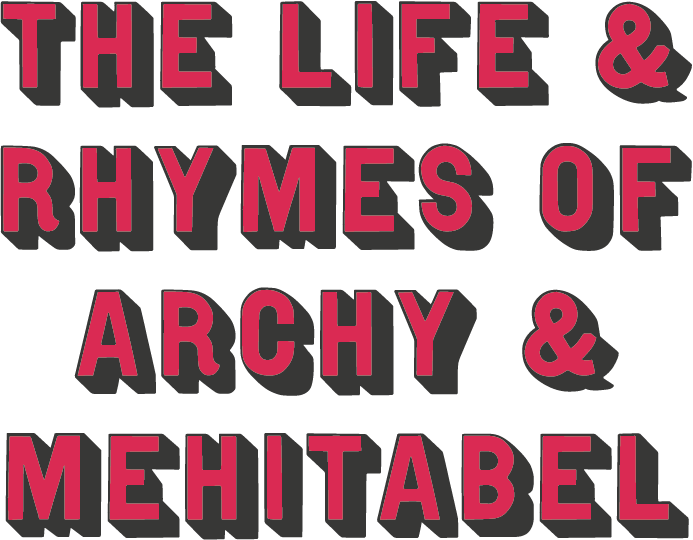 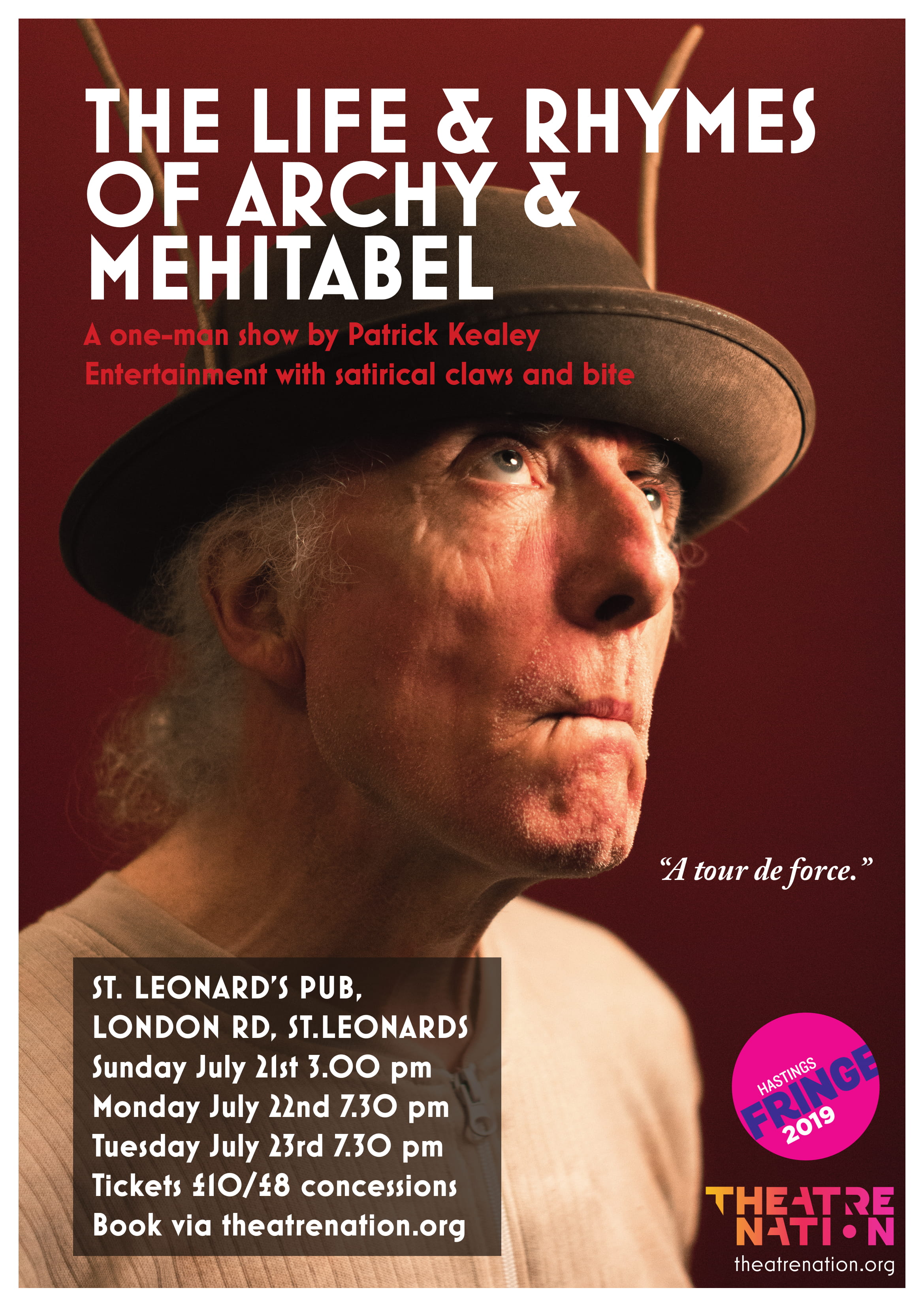 The Life & Rhymes of Archy
& Mehitabel

Fred and Ginger. Laurel and Hardy. Marks and Spencer. And now… Archy
and Mehitabel.

In the 1920’s, writer Don Marquis invented Archy the cockroach and his
sometimes muse, Mehitabel the cat – ‘I was Cleopatra once’. Both are
convinced they’ve lived previous lives. First published as free verse poetry in
the New York Daily Sun, Archy rose from cult status to become a legend in his
own lifetime.

Once a ‘free verse poet’, Archy is now trapped inside the body of a cockroach.
He inhabits Boss’ apartment, discovers a typewriter and sets about recording
his private memoirs for posterity.

Archy’s reflections on the insanity and inanity of humanity also follow the
amorous adventures of Mehitabel, introduce us to Freddy the Rat, Tom the
Theatre Cat, Will Shakespeare and a host of other low lives of the insect
kingdom – in this characterful, physically dynamic one-person show.

Entertainment with satirical claws and bite. 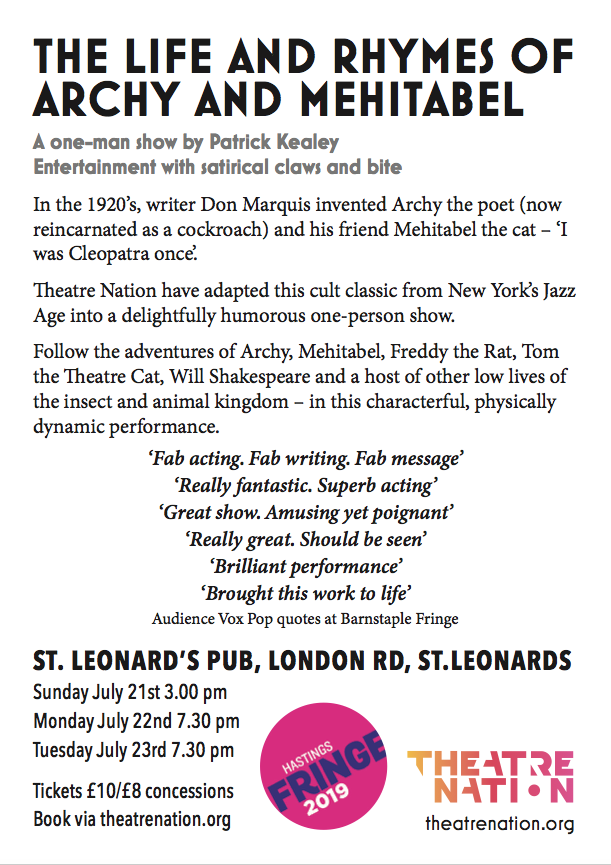 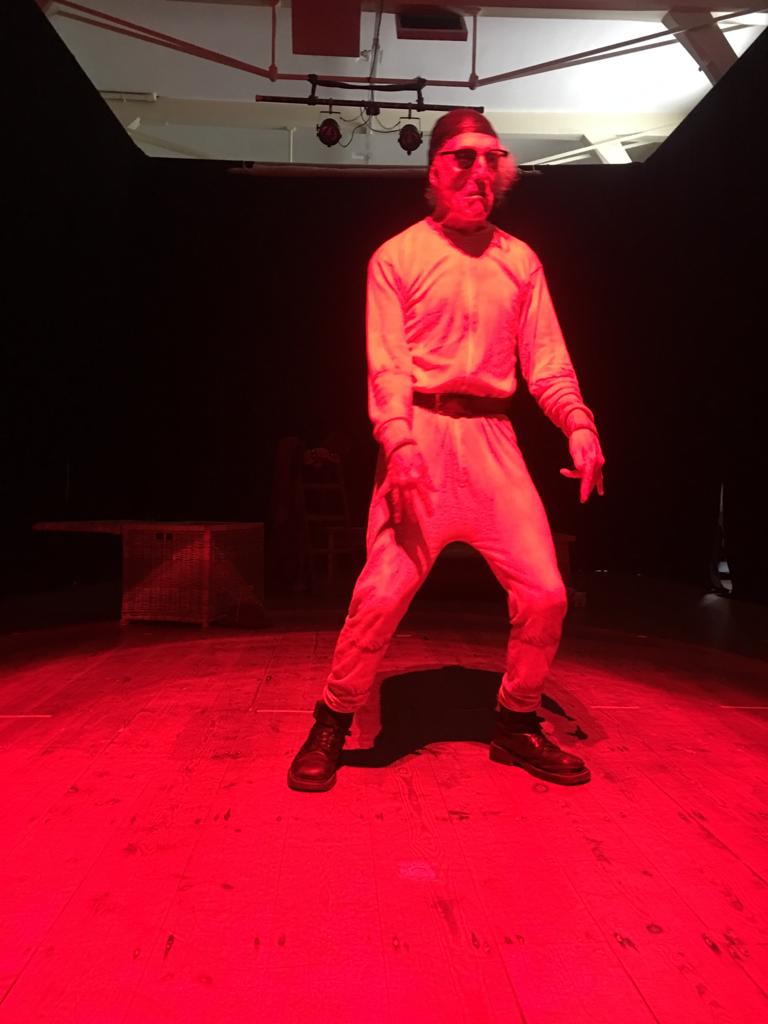